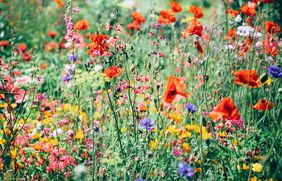 On September 4, 2019, a sample trial took place before the 9th Chamber of the Administrative Court of Braunschweig. Two lawsuits against the Federal Republic of Germany, represented by the Federal Office of Consumer Protection and Food Safety (BVL), were combined. In the oral hearing, the court commented for the first time on the question of whether the BVL was allowed to restrict the plant protection authorisations to 31 December 2019 on the basis of the biodiversity application provisions proposed by the Federal Environment Agency (UBA). The chamber commented on whether an additional provision may be included in the authorisation decision which, among other things, requires the pesticide user to maintain at least 10% of his total agricultural area as biodiversity compensation area.

In the judgments of 4 September 2019, the 9th Chamber of the Administrative Court of Braunschweig ordered the Federal Republic of Germany to grant authorisation beyond 1 January 2020. The Chamber confirmed that the applicant is entitled to a claim against the BVL for the granting of authorisation beyond 1 January 2020. The Chamber stated that there is no legal basis for an additional provision in a plant protection authorisation which provides for application provisions for the protection of biodiversity as a compensation measure. Neither Regulation (EC) No. 1107/2009 nor national plant protection legislation provides a sufficient legal basis for this.

The applicant brought an action against the reduction of the authorisation period before the Administrative Court in Braunschweig. The court granted the claim in its entirety.

The Chamber further stated that there is neither a sufficient legal basis in Regulation (EC) No 1107/2009 nor in national plant protection law for the inclusion of the biodiversity application provisions in the authorisation notice. The biodiversity application provisions are compensation measures. There is no legal basis in Regulation (EC) No 1107/2009 for the ordering of a compensation measure.

The parties involved can apply to the Higher Administrative Court of Lüneburg for an appeal against the judgments.